Skip to main content
Home » About Us » Our Awards

We are an award winning firm, who have won numerous accolades including the following.

We won Investment Week’s Gold Standard Awards 2021 in the ‘Independent Financial Advice’ category for the second consecutive year. The judges were particularly impressed by our concept of helping clients achieve Financial Freedom. The Gold Standard Awards acknowledge financial services companies that go the extra mile to serve their customers and build confidence in the sector – rewarding businesses that display consistent standards of excellence in service, capability, trust, financial strength and fair value.

In the International Investment Awards 2021 we were awarded Excellence in Advisory Best Practice (UK) and ‘highly commended’ globally for the second consecutive year. We also won Excellence in Sustainability (Advisers), a new category introduced this year. The longest running event of their kind, the 22nd annual awards cover the full spectrum of the industry.

We are delighted that we have been recognised by the FTAdviser in their Top 100 list of Financial Advisors in the UK. This is based on financial metrics including asset retention, assets under management and growth rate, as well as an “indication of a firm trying to do the right thing by its customers

We were crowned Financial Advisor Team of the Year at the STEP 2019/20 Private Client Awards. The STEP Private Client Awards are seen as the hallmark of excellence within the private client world.  The Judges said: ‘Partners Wealth Management’s entry stood out because it was focused and innovative, demonstrating a clear and transparent business model and a progressive approach to career development within its highly qualified multi-disciplinary team.’ 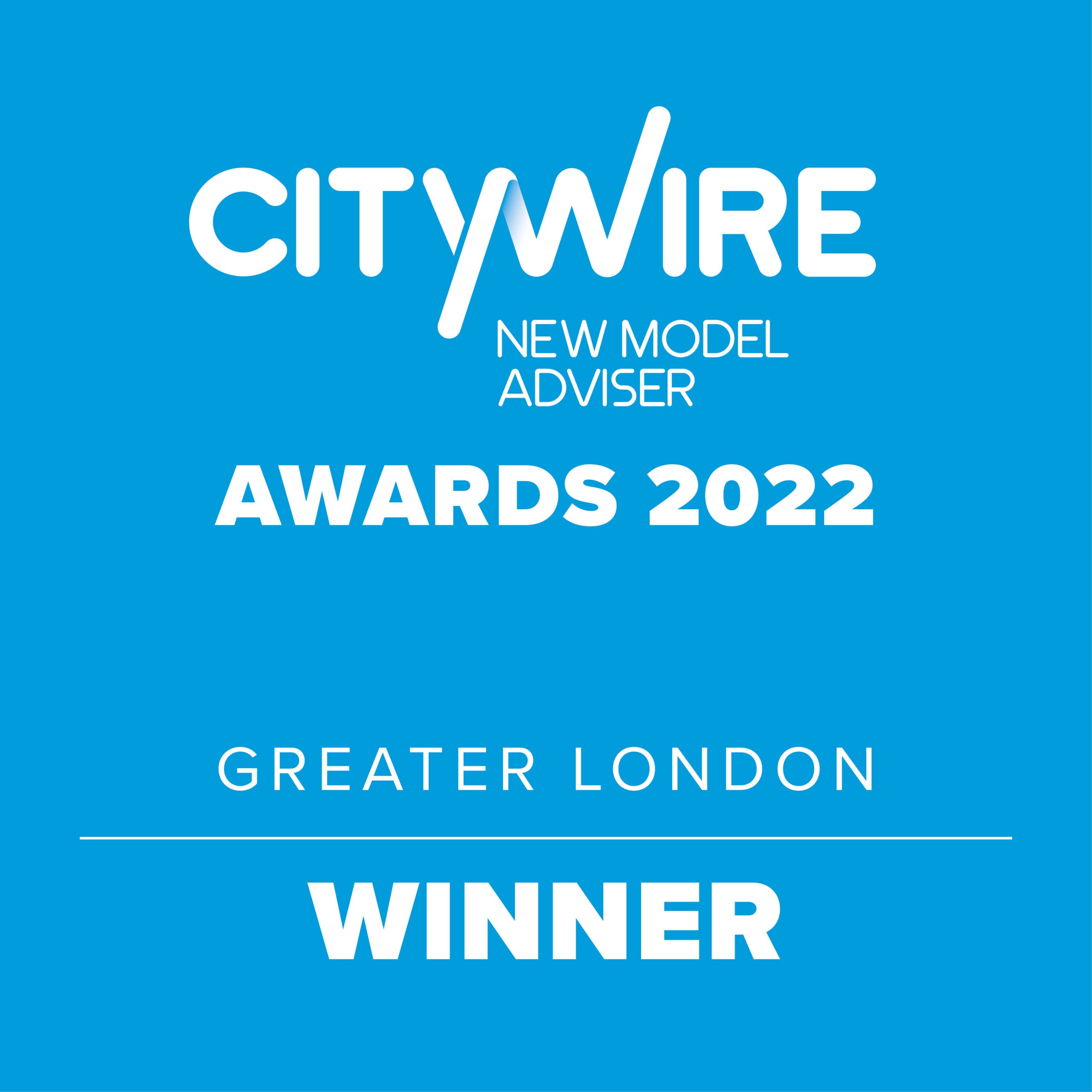 We were awarded the Citywire London Adviser Firm of the Year Award 2022 for the third consecutive year. The awards recognise the top financial planning firms across the UK and are based on a number of factors such as the level of staff qualifications, having a well thought out investment proposition, a carefully segmented client base, use of technology, willingness to share best practice and to educate clients as well as investing in the next generation.

We were awarded the 2021 thewealthnet Top Financial Planning Companies. This is the 12th consecutive year we have received this accolade, which is a rare achievement.

The award winners are selected from data provided by firms with assistance from PAM Insight’s research team and market knowledge, alongside feedback and recommendations from professionals from across the wealth management sector. The rankings also include wealth managers and private banks.

We are listed among the country’s top 100 financial advice firms by New Model Adviser (NMA) for the sixth consecutive year.

Every year, the outlet not only looks at business data such as assets under advice, turnover and adviser numbers; it also evaluates other important aspects such as client treatment, staff development and a forward-thinking attitude to rank the most up-and-coming and fastest developing firms. 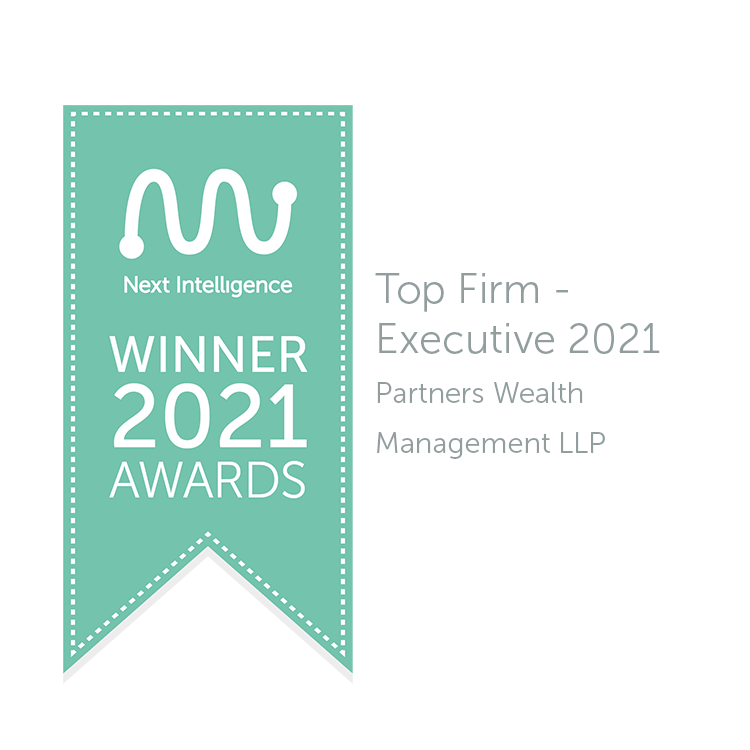 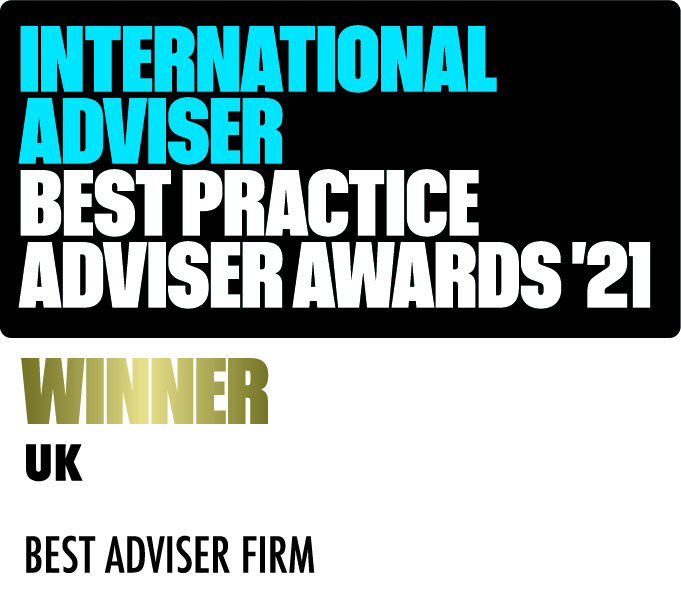 We are delighted to have won two awards in the International Adviser Best Practice Adviser Awards 2021 for Best Advisor Firm in the UK and Excellence in Investment Planning.

Now in their fifth year, the awards showcase global financial advisers who are focused on ensuring best practice and excellence worldwide.

We have been acknowledged for ‘Best Use of Technology’ by New Model Adviser (NMA) in their recognition for ‘best-in-class’ by firms. This is in addition to being listed among the country’s top 100 financial advice firms for the sixth consecutive year.

Partner and Head of International, Nathan Prior, was named in the 2019 PAM Top 40 Under 40 list. Now in its 10th year, the list has cast the spotlight on individuals considered to be rising stars in the UK wealth management industry, selecting nominees for the final list based on their remarkable qualities and achievements. Other factors included in the final decision this year were the reputation and performance of the firm, feedback from the firm’s senior executives, and Nathan’s impressive career trajectory and extraordinary success to date.

Our partner, Hilary Schofield, was recognised as a ‘Power Returner’ in the Timewise Power 50 Awards 2019: a roll call of 50 powerful executives in the UK who work part-time or flexibly. The awards aim to shift opinion about flexible working – proving it is no barrier to success, and helping make flexibility the new normal. This is the second consecutive year we have been recognised (our Business Director, Fiona Oliver, was listed as a Power Returner in the 2018 awards).

Our Business Director, Fiona Oliver, was ‘Highly Commended’ in the Financial Advice Awards 2018, in the ‘Team Leader of the Year’ category.

These awards recognise and celebrate the achievements of women working within the financial advice sector, focusing on individuals who lead the way in their chosen sphere. In addition, these awards also strive to encourage and inspire more women to join this sector.

For further information on how we can help you build and protect your wealth, please contact us.